Anyone who has seen the James Bond series of movies would be familiar with the Aston Martin cars. From Sean Connery to Daniel Craig, almost all the actors who played James Bond drove the Aston Martin to create movie magic. These ultra-luxury cars from the British manufacturers are a symbol of style and charisma. They epitomize the British qualities of power, flashiness, beauty and soul.

Aston Martin cars have an interesting history. Aston Martin was started by two Britishers in a small West London workshop. It changed quite a few hands and ultimately settled down in popular culture as the finest British Luxury car in terms of performance. Aston Martin models are known for their comfort and convenience, safety standards, entertainment and technological features.

Aston Martin manufactures a range of models including the VBS, VB9, Vantage, Vanquish, and Rapide. All the models in different series stand testimony to excellence, expertise, and utilization of latest engineering and design technology. The Aston Martin Silver Birch DB5 appearing in the movie Goldfinger was laden with gadgets and won the title of "the most famous car in the world" in those days. In recent Bond movies the Aston Martin DB9 has been used to good effect.

In the United States of America, Austin Martin cars, particularly the used cars are making a grand re-entry. This can be attributed to the increase in interest in these top-of-the line cars. This resurgence can be attributed to the popularity of Bond movies of late. The Aston MartinVantage, DBS, and DB9 are finding favor among the US car enthusiasts looking for luxury cars at an affordable price. 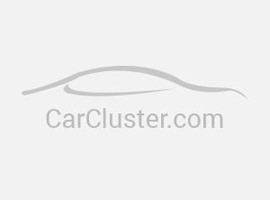 Vehicle is in Perfect Condition and h...